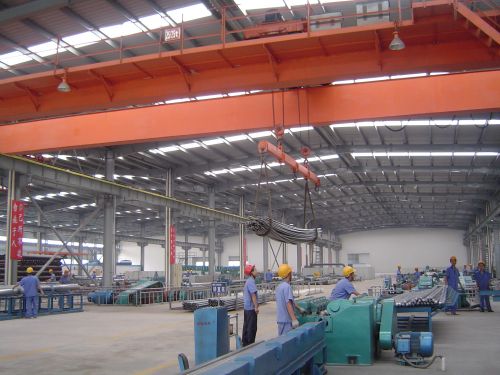 With the release of the recent productivity of steel mills, the supply pressure from the markets still continue to rise. In June, the tubing markets as a whole appeared to be run in the stable but weaker trend. The insiders deemed that the current steel prices have been at the bottom zone of the recent years,during which although rebounding many times,it was relentlessly suppressed.The current domestic economic conditions is still weak while the side-effects of shortage of money are still on the upswing for July was slack season of the traditional consumption and the demand was difficult to be improved.

The steel pipe markets was running in the steady but stronger trend in the latest week. Recently announced that PMI initial value of HSBC China manufacturing is 48.3 in June,hitting the lowest over 9 months,which showed that the merchant had general mentality and was not optimistic about the market outlook;manifested that the overall deal of  markets was still no substantial improvement and shipment was less-than-desirable. But traders seemed to have no sensitivity toward  the price adjustment from pipe factory and have a more pessimistic view on the future market,which caused the market price hike to exhibit a little bit week will.